Hotter Than Ever: Summer of 2018 in Central Texas 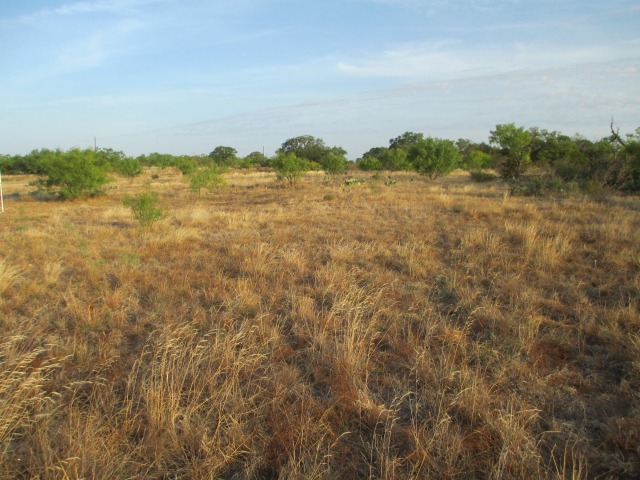 By June, the fields were dry and brown, more like winter than early summer

By mid-July, the woodlands were completely still and silent, except for the occasional harsh call of a crow in flight.  It was even too hot for the familiar summer background chorus of cicadas to feel like making noise.  I have been silent, too, on these pages.  For what is there to say about another drought that is compelling and new?

Most city dwellers were unaware of the severity of the drought this year until the last days of August, but for those of us in the Llano Uplift area, we knew we were in for hard times by June or earlier. Although the reservoirs did not drop as low as they did in 2011, the ground moisture quickly became bone dry due to lack of spring rains.  Winter rains were sparse too, resulting in a poor wildflower show, and few warm season grasses were able to set seed before everything shut down.  By mid August, some trees on granite rocks and gravel began to die.

Once again, temperatures set new records.  In nearby Travis County, it was the third hottest summer on record, exceeding the increases of each of the four previous years.  Our creek was mostly dry by June, except for a few turgid pools taken over by feral hogs. Migrating songbirds found few groceries to feed on.

The rains finally returned right around Labor Day, thanks to a slow moving tropical depression.  In two weeks we got just under 7 inches, and instantly, it seems, everything began to green up.  In the woods, the amplified hum of multitudes of feral honeybees foraging among tiny blooms high up on the branches of the cedar elms sounded like one huge vibrating swarm.  They were loading up on protein-rich pollen, just like they do in the spring when building their brood.  The sweet aroma of the dreaded bee-brush (Aloysia gratissima) was all around, but it seems the bees were selecting the pollen-heavy elms to build strength, after starving all summer. They are starting over, just like everything else.

When we bought our place in August 2009, it was also at the end of a serious drought. I worried that the landscape would forever stay harsh and semi-desert, with limited appeal for friends and family.  That September it rained 9 inches, and everything changed.  It was the beginning of our experience with Texas’s boom or bust weather cycles.

What followed was 9 years of trying in fits and starts to hasten recovery: clearing brush, planting seed, reducing erosion.  But recovery is not a linear line on a graph. It goes back and forth, like a zipper, opening up opportunities for some species, closing off for others.  Watching the land become dry and barren in a severe drought cycle, and later turn green with the first significant rain is akin to being glad when your grandmother recovers from pneumonia and is finally released from the hospital.  The recovery is a blessing, but often, we discover that grandma really doesn’t come back 100% to her former self.  Without the benefit of a baseline for comparison, I see our land being diminished in all sorts of ways with each record breaking hot summer.  It’s hard to say exactly what resilience looks like under these conditions.

It’s too soon to tell how many of the perennial grasses will have died off, and whether those surviving will have time to make seed before frost. In my opinion, climate change has most affected both the establishment of new grasses and the timing of seed set for others.  As I have described before, the reliability of spring rains has diminished dramatically.  It has meant that we adjust our sowing time to January instead of March. Even when grasses germinate, early onset of heat and drought has more often than not meant that young seedlings don’t survive the summer.  Many old burn pile sites that we sowed with grass seeds were initially robust, but now how thinned out and are mostly bare.  This tells me that lack of a sustaining seedbank is the most limiting factor, just as we discovered in the burn pile experiment at the Browning Ranch (see "Best Methods of Recovery of Burn Pile Sites" report here 1/13/12)

On sites with gritty soils or where the surrounding area is spotty or bare of a variety of grasses, one-time seeding just isn’t enough to fill in over time when temperatures take these extreme levels.  After these rains, the first things that germinate and reappear are the forbs.  Grasses are slower and need more time to become established, so their future is hard to predict in only one season.  Worse, invasive plants or undesirable exotic grasses (like old-world bluestems and “improved” grasses like Wilman lovegrass ) seem to be better at moving in quickly and dominating bare ground.

I was reassusring myself that at least we have removed pressures that affect recovery.  We don’t have grazing animals or cultivated fields.  Yet the conditions that limit recovery are still human made: climate change, feral hogs ( that root plow the grasses in areas you have worked so hard to plant), invasive species, and excessive populations of deer and exotic game that are gradually turning some places in the Hill Country into one big goat pen.  All we can do at Loyal Valley is to be grateful for the rain, pay attention to what responds and how, and adjust our activities to support those responses and wait for more rain.  For one thing, I see now I will have to re-seed those burn pile sites before moving on to new areas. Meanwhile, in these first days of fall after decent showers, I will be eagerly watching the miracle of how everything responds so quickly after a good rain.  In just two short days, frogs, and toads and crickets emerged from estivation and began to sing again at the top of their lungs. The sparse stems of whorled dropseed in our road were covered with moth caterpillars. You could almost see them visibly grow.  Warblers and phoebes, absent this last month, began to stop by to fill up on this bounty.  I expect to see an explosion of butterflies and moths appear in the next few weeks, resurrected for the fall migration. How does Nature do this so fast?  This is so worth waiting for.