Every Year is Different 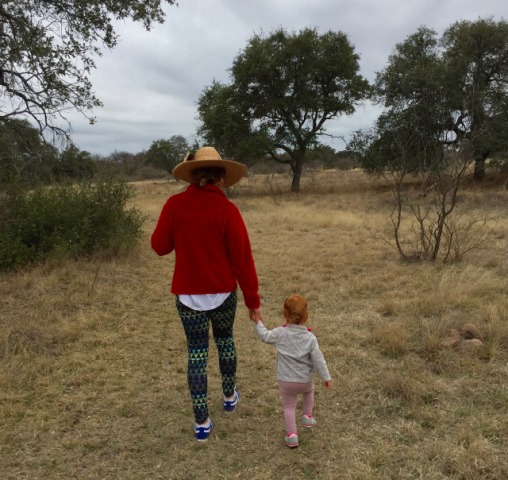 An hour before dawn on January 31st, I waited, bundled in a lawn chair, on the front porch for the eclipse of the “ super blue blood moon” to begin.  Some had called this special celestial event “the perfect trifecta” of the moon, for it happened to be both the second full moon of the month – a “blue moon”, and also a “super moon” because the moon was closest to Earth in its orbit -- known as perigee -- and thus about 14 percent brighter than usual. Crowning these two phenomena was the full lunar eclipse, on view in our area.  I learned later that early fog and low clouds had veiled the eclipse in Austin, but in Southwest Llano County, the moon’s display was both clear and mysterious, like a myth or legend that points to a universal truth but still cannot be fully explained.

Watching the slow procession of the moon’s shroud, followed by the pinkish mandala that appeared later to frame the totality, I was thinking how lucky I was to view it under a huge and silent sky, and also what a privilege it had been to have seen two eclipses in less than twelve months. Last August we watched the solar eclipse in a field in Wyoming with a hundred random people from all over the world who happened to be at the same remote place. Then 2018 began with its own lunar display to complete the eclipsical repertoire.  I was reminded once again how being close to nature constantly provides you with many experiences that you can neither plan or control. You just have to pay attention, and then you are likely to be both astonished and humbled.

I’ve enjoyed winter this year.  It’s been colder and much drier than the last three years. In these austere and harsh cycles, you see Nature stripped down to her bones, all bare branches and empty ground, expectant, hunkered down, and quiet.  Rainless winters typically depress me because they mean no wildflowers, little water in the creek, and fuel a looming dread of a summer made hotter by soil already parched.  By now I’m more used to waiting for the cycle to change because I’ve seen the landscape come back from the grave. It may not look like I expected, but life in some form always returns.

For the past several years, slightly above average winter rainfall has meant that the introduced cool season grasses and forbs grew tall and lush.  By the time they began to fade and burn off in June, we were in the middle of a “flash drought”, which brought high temperatures that even exceeded the record-breaking temperatures of the last two years. The result was that most of the warm season perennial grasses struggled to emerge from the smothering cover of winter weeds and grasses, put on growth, and set seed. When rains finally returned in late August, only a few late season species like windmill grass, showy chloris, and of course, KR bluestem and Wilman lovegrass made any gains. This year I wonder, if rains return in late spring, will that benefit more warm season grasses so that they can put on growth free of such competition and seed before summer’s drought?  Are the mechanisms of weather able to transform a deficit into an advantage for the vegetation I care about most?  We will have to see.  Meanwhile, there is more bare ground instead of spring flowers, yet the migratory birds whose cycle is driven by the heavens, are filling the woods with song, and life goes on.

Postscript:  I originally wrote this report in February, but procrastinated posting it until the end of March.  On March 27th, we finally got a nice rain of 1.65”, with very little runoff. Marschall Creek is still a dry sand bed.  Before the rain, the mesquites have put on foliage, and grasses were starting to green up, even though ground moisture levels were powder dry.  Cool temperatures prior to the rain had kept everything from burning up. It’s too late now for those early wildflowers to appear, but now I will be able to see if the grasses can make those gains I described and sustain them through the hot months.  Every year brings something different, and something new to learn.